HOME > Report from correspondents > Day of the Dead

Day of the Dead


November is a very peculiar month in Mexico, distinguishes us from anywhere in the world, Mexicans celebrate the Day of the Dead on November 2nd in a very colorful and special way. Day of the Dead in Mexico represents a mixture of Christian devotion and Pre-Hispanic traditions and beliefs. The holiday focuses on gatherings of family and friends to pray for and remember friends and family members who have died. Traditions connected with Day of the Dead include building private altars honoring the deceased using sugar skulls and the favorite foods and beverages of the departed and visiting graves with these as gifts. 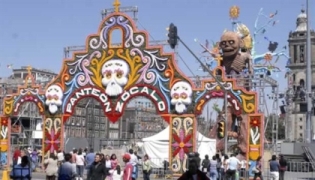 During the pre-Hispanic era, death did not exist. Death was seen, instead, as simply a transition, a voyage through time and space towards true life. 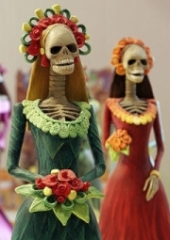 This is quite a different concept than what is believed today, where people believe death symbolizes the end of the road. Among the people of some Regions of Mexico, however, the pre-Hispanic tradition lives on though the practice of a celebration they call Xantolo. The Xantolo celebration is considered to be sacred, a time for people to keep an important tradition alive. It represents a communion between humans and nature, and between humans and God. It is the link that joins people to their ancestors and projects people as the link between the present and future generations.

The offerings, a main aspect of the celebration, echo the profound love that the Mexicans people feel towards life. There are subtle variations in the presentation of the offerings, among the different towns. 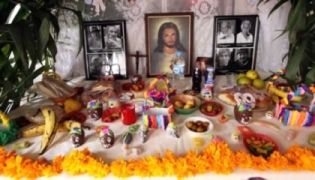 On Day of the Dead some families build altars or small shrines in their homes. For example, a predominant place is chosen in the main room of the house to erect the altar. The altar includes four main elements of nature — earth, wind, water, and fire. Earth is represented by crop: The Mexicans believe the souls are fed by the aroma of food. Wind is represented by a moving object: Tissue paper is commonly used to represent wind. Water is placed in a container for the soul to quench its thirst after the long journey to the altar. Fire is represented by a wax candle: Each lit candle represents a soul, and an extra one is placed for the forgotten soul. 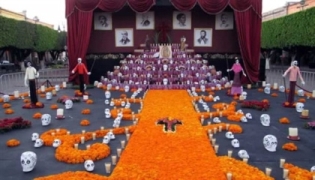 Traditionally, families spend some time around the altar, praying and telling anecdotes about the deceased. Others go to cemeteries to be with the souls of the departed and build private altars containing the favorite foods and beverages, as well as photos and memorabilia, of the departed. They use wild flowers that grow in the region to adorn it, tiny little flower called Flower of the Dead grown and blossoms in the months of October and November. When it blooms, this flower covers the countryside with a bright yellow color. We invite you to come and experience this unique Mexican tradition and enjoy life before we depart from Earth.