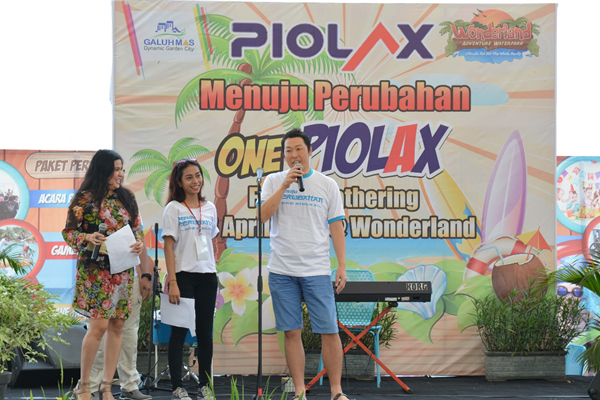 Pantun is one kind of long poems were very widely known in languages of the archipelago. Pantun comes from the word Patuntun in Sundanese known as Paparikan. Typically Pantun consisting of four lines (or four lines when writing), each row consists of 8-12 syllables, rhyming end to the pattern of a-b-a-b and a-a-a-a (not to be a-a-b-b, or a-b-b-a) Pantun that read by President Director namely are:

(In English) I wake up in the morning, after that I take a shower Do not forget to brush your teeth Good Morning in this sunny For employees that are here

On the opening speech, President Director explain about historical founding Piolax Indonesia. Related with the theme of family gathering in this year is “Menuju Perubahan” (To change), he hope each employee can be better from today and always doing improvement. In the last of speech, he read the pantun namely are:

FUN GAMES After that, all employees participated in the games. The games was guided by Master Games. All employees looked enthusiasm was been joined in the game especially water games. Piolax Indonesia hopes that this games can increase the sense of togetherness, establish communications, and team work. 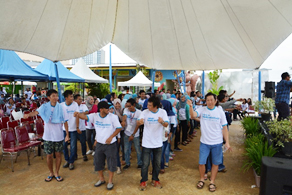 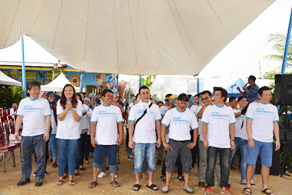 All employees look very happy when dancing to the accompaniment of the dangdut song (Pic: Irsyad)

The first, all employees gathered in front of the stage that has been made by the steering committee of family gathering. Then, all employee dance together to starting the games. All employees look very happy when dancing to the accompaniment of the dangdut song. Dangdut is one of the genre of Indonesian music and traditional popular music. Games on the water is the most exciting. Each group was asked to fill the empty bottles by using foam sheets. This foam sheets is immersed in water by participants of the most distant of empty bottles. This foam sheets must be transferred of players most rear up closest to the bottle. The person closest to the bottle must squeeze water from the foam sheet into an empty bottle. The next games is fight on the float. Each team must bring down each opponent. 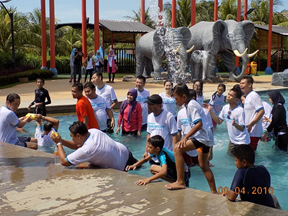 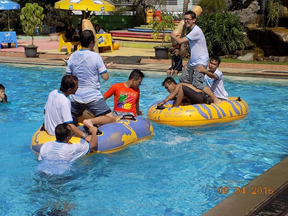 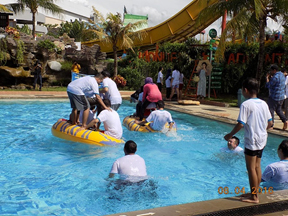 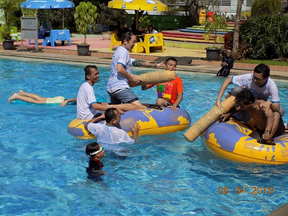 All employee participated in the fun games (Pic: Mitha)


The essence of the game is so that each employee is aware that in order to fulfill the empty bottles it takes time, a long process, cooperation and communication in the team. Similarly, in working in the company. To achieve a result we need to cooperate with each other. The winning team get a gift from the company. The company provides a lot of prizes in the family gathering e.g. TV, Refrigerator, Washing Machine, Blender, Fan, Juicer, Kitchen stove, shopping voucher etc. 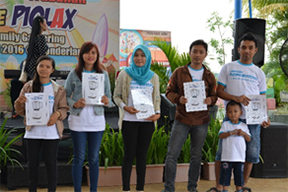 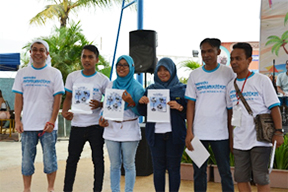 The company provides a lot of prizes in the family gathering (Pic: Irsyad)


We believe that the family gathering of the year could give a new spirit to all employees Piolax Indonesia to be able to work even harder. Family presence at family gathering was also expected to give full support to the Indonesian Piolax conditions, especially to employees who are at work.